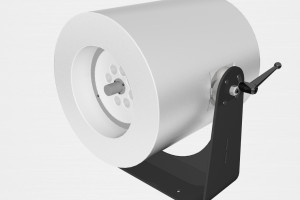 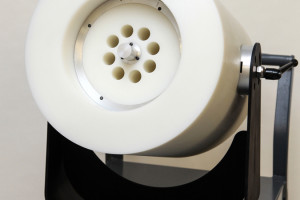 The neutron long counter has been and remains an essential tool for quantifying sources of neutrons in essentially all neutron metrology laboratories. It derives its utility from its nearly constant counting efficiency over a wide neutron energy range.  Since its development in 1947 by Hanson and McKibben[1], the long counter, more than any other instrument, has been used to calibrate unknown isotopic neutron sources against various national neutron standards and to quantify neutron production in targets of various accelerators for producing monenergetic neutrons via common reactions such as d-d, d-T, p-T, and p-7Li.  Almost every laboratory involved in neutron physics and neutron dosimetry has a long counter on its list of essential equipment.  Discussions on long counters, including later variants of the initial design, can be found in standard reference books [2, 3].

Despite its popularity among neutron experts, the commercial  availability of long counters has been problematic in recent decades.  Upon request from governmental groups, BTI has constructed a long counter that matches the efficiency performance of the Texas Nuclear Model 9100 system at the 1%-2% level verified over a range of neutron energies from <300 keV to >17 MeV. The BTI long counter uses commercial NIM-based detector electronics, and is available with a sturdy lockable gimbal mount on a wheeled cart for ease of positioning. Initial factory efficiency calibration using NIST traceable laboratory sources and standard procedures is provided.