Bubble Technology Industries Looking For Water on the Moon 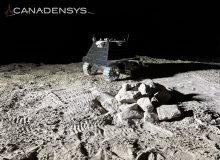 November 14, 2022 (Chalk River, Ontario) – Bubble Technology Industries (BTI) is pleased to announce that it is part of the team that has received a $43M contract from the Government of Canada to design and build Canada’s first lunar rover, which will carry multiple science payloads to the Moon as early as 2026. The team will be led by Canadensys Aerospace and includes a broad team of Canadian and US partners from industry and academia.

Initiated under the Canadian Space Agency’s Lunar Exploration Accelerator Program (LEAP), the lunar rover will demonstrate key technologies and collect important scientific data to lay the foundation for future lunar exploration activities. BTI is responsible for one of the payloads in the form of the Lunar Hydrogen Autonomous Neutron Spectrometer (LHANS). LHANS is an advanced instrument designed to detect hydrogen—one of the best indicators of water ice on the Moon—as well as other key elements, like iron and calcium. The presence of water and other key elements on the Moon can make extended human stays on the Moon more feasible in the future.

Lianne Ing, Vice President at BTI, stated “BTI is excited to be part of this world-class team that will expand human knowledge of the Moon and lay the foundation for a new phase of lunar exploration. The work will leverage almost a decade of innovative research by our team at BTI and we look forward to contributing our expertise to this important mission.”

Links to the press release from the Government of Canada and the mission summary from the Canadian Space Agency are available online.

A unique technology developed and produced by Bubble Technology Industries (BTI) has been selected for induction into the prestigious US Space Technology Hall of Fame. BTI produces a small device for measuring neutron radiation, called the “bubble detector”. For over 30 years, the bubble detector has been used to protect people on Earth and astronauts in space from harmful effects of radiation and to support innovative research in medicine, physics, and space science.

This international honour for the bubble detector and its positive global impact comes after the technology has been deployed on over two dozen space missions through the Canadian Space Agency to assess radiation risks in space. Measurements on the International Space Station have been conducted by numerous astronauts, including Canadians Robert Thirsk, Chris Hadfield, and most recently David Saint-Jacques. In parallel, thousands of bubble detectors have been used on Earth to monitor radiation in hospitals, nuclear power plants, manufacturing facilities, and nuclear-powered submarines. Bubble detectors were also used to protect emergency responders after the nuclear accidents in 1986 at the Chernobyl site in Ukraine and in 2011 at the Fukushima site in Japan.

The bubble detector was invented in the early 1980s by Dr. Harry Ing, the founder and President of BTI. Dr. Ing noted, “It’s a real honour to be recognized for the impact we’ve had after so many years in this field. We are very fortunate to have such a bright and dedicated team to make this work possible”.

Dr. Martin Smith, the head of research at BTI, added, “We could not have sustained this long-running presence in space without the key support we’ve had from the Canadian Space Agency and other government partners. This is a team achievement in the truest sense”.

The company is currently pursuing new space projects to develop innovative technologies to search for water on the Moon and to protect astronauts from radiation during deep space missions.

The Space Technology Hall of Fame in Colorado Springs, USA is operated by the Space Foundation, a nonprofit advocate organization which encourages education and collaboration in space exploration. Space Foundation CEO Tom Zelibor said, “The advanced efforts put forth by this year’s inductees are outstanding examples of adapting space technology for the enhancement of our lives here on Earth. On behalf of the entire Space Foundation…we welcome the opportunity to herald life-changing work such as theirs and see it honored in the Space Technology Hall of Fame”.

Dr. Ing and Dr. Smith will attend the induction ceremony in April, which will be hosted by the Space Foundation and attended by international leaders from the space sector.

A link to the press release by the Space Foundation is available here. 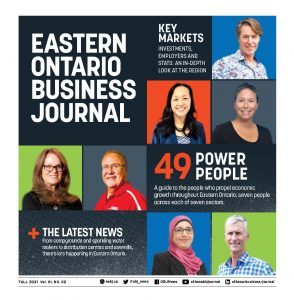 The first ever Canadian lunar rover mission is planning for a 2026 landing. After completing several multi-year contracts to conduct lunar rover mission studies, develop key technology components, and designing, building, and delivering to the CSA a prototype of the lunar rover, Canadensys is now executing the Phase A conceptual design of the flight program for the Canadian Space Agency (CSA). 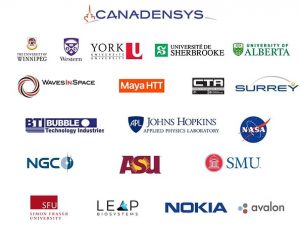 Bubble Technology Industries is pleased to be part of this collaborative team of Canadian and US partners.  More information can be found in Canadensys’ news release and in SpaceQ’s exclusive coverage.

In addition to serving on the Board of Directors for the Canadian Chamber of Commerce, Lianne Ing, BTI’s Vice President, was named as the Co-Chair of the Small & Medium Enterprise (SME) Committee, serving alongside Co-Chair Scott Johnston from CBM Laywers LLP.

The SME Committee is mandated to promote an improved environment in Canada for small- and medium-sized businesses, by highlighting issues of importance to them with federal policymakers and the general public. More information on SME Committee and the Canadian Chamber of Commerce can be found here.

Canada is Designing a Rover for Moon Exploration

The CSA is preparing for a Canadian rover to explore a polar region of the Moon within the next five years. As part of this Lunar Exploration Accelerator Program (LEAP), the Canadian Lunar Rover will gather imagery, measurements, and data on the surface of the Moon. The rover will also survive an entire lunar night, posing significant technological challenges and making history for lunar exploration in Canada. Two Canadian companies have been selected to design lunar rover concepts. BTI is pleased to be working with one of the companies, Canadensys Aerospace Corporation, to provide one of the Canadian science instruments in the payload suite. The CSA news release of the award can be found here.

October 13, 2021 (Chalk River, Ontario) – Dr. Martin Smith of Bubble Technology Industries (BTI) has been awarded the prestigious 1906 Award from the International Electrotechnical Commission (IEC). This international award is in recognition of Dr. Smith’s leadership in the development of a new IEC performance standard on Radiation Protection Instrumentation for Vehicle-Mounted Mobile Systems for the Detection of Illicit Trafficking of Radioactive Materials, as well as for his other technical contributions on radiation protection instrumentation. Dr. Smith was nominated and selected for the award by a panel of international scientists.

Dr. Smith is the Manager of Research and Development at BTI, where he leads a multidisciplinary team focused on developing innovative technologies for detecting radiation and explosives in defence, homeland security, and space missions. Located in Chalk River, BTI has a thirty-year history of cutting-edge technology development. The company’s equipment has flown on over two dozen space missions and has been used to screen for nuclear threats at high-profile events, including US Presidential inaugurations, the Olympics, the Super Bowl, and the World Series of Baseball.

Dr. Smith joined BTI in 2005 and has served as a technical expert in nuclear instrumentation with the IEC since 2009, becoming the Canadian Chair of the Subcommittee on Radiation Protection Instrumentation in 2012.  In this role, he leads the Canadian delegation in providing inputs to international performance standards for radiation detection systems. Dr. Smith completed his PhD in Experimental Nuclear Physics at the University of Liverpool in the United Kingdom and moved to North America in 1999 to continue his career in research. He currently resides in Deep River with his family and is active in the community’s minor soccer and minor hockey programs.

A link to the announcement by the Standards Council of Canada is available here.

In recognition of founding BTI and advancing the field of nuclear radiation detection, Her Excellency the Right Honourable Julie Payette, Governor General of Canada, announced that Harry Ing will be awarded the prestigious Meritorious Service Cross. A presentation ceremony hosted by the Governor General will be held at a later date.

The Meritorious Service Cross is one of the highest honours that can be bestowed upon a civilian in Canada and is conferred as a testament to an individual’s outstanding achievement and service to the nation. This decoration was created by Queen Elizabeth II and is awarded by the Governor General to recognize Canadians for exceptional deeds that bring great honour to our country. For more details, please visit the Pembroke Observer website news for July 2nd 2020. 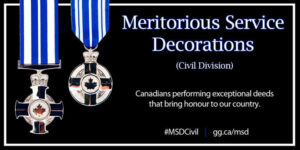 The Canadian Space Agency awarded 7 contracts worth a total of $4.36 million to 5 companies and one university to advance concepts for nano- and micro-rovers, as well as autonomous science instruments. These advancements will serve as the first steps towards landing and conducting Canadian science on the surface of the Moon. Bubble Technology Industries Inc. will develop a spectrometer that will autonomously search for hydrogen to indicate the presence of water and ice near the Moon’s surface. A news release of the award can be found here. 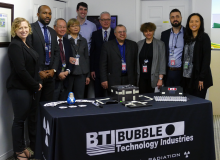 The original mini-reader was jointly developed through a Canadian-Russian research collaboration and was designed and built by BTI. It was used on the Space Station from 2006 to 2016 and was recently on exhibit at the Museum of Cosmonautics in Moscow. In the meeting, the Russian research partners returned the original mini-reader to BTI, where it will be used to support studies on the effects of long-term space deployment on the instrument. At the same time, the CSA handed over the latest set of BTI’s bubble detectors to the Russian partners for transport back to Russia and ultimately to the Space Station. For more details, please visit the myFM website news for February 28th, 2020.